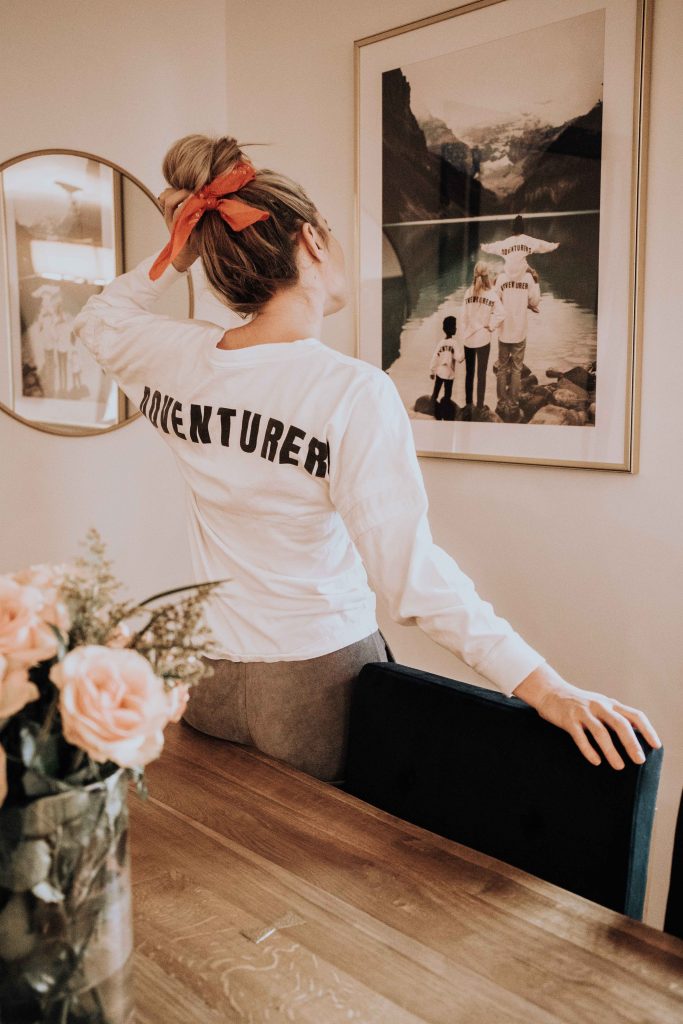 I didn’t know this growing up, but I, in fact, am an adventurer. I used to mistake this, as well as people around me, as thinking that I couldn’t sit still because I would get too bored, or always had to be going on to the next thing because the current wasn’t good enough. I went to 3 different college universities because after a year at one, I desired something more. My family and husband know me as the person who is very decisive and unpredictable. Without a previous thought to do something, suddenly one day I can be filled with a deep desire to make a drastic change in my life, and stick with it, committed, forever. I’ve moved across the country multiple times, which some perceived as me running away from pain and problems… but internally I knew that was not the case. For the longest time, I didn’t understand that this internal push to go experience new things wasn’t a bad thing, but was actually what would create the path in my life that I needed to be on.

Now, with no fault to those who were around me, I realize that my differences lied in the fact that I have ALWAYS sought to take chances. That I have always been an adventurer. Life and excitement and joy comes into my life in the form of new experiences, taking risks, creating new things that I have no idea if they’ll work or not, connecting with strangers and new people, and learning. I also understand that it’s important for me to have a good balance of people in my life who can help keep me grounded, and reign me back in when needed.

I think that everyone has part adventurer in them. But I also think that everyone has, what I am going to call, a no-adventurer in them, too. So many people that I have met throughout the past few years are filled with fear to pursue dreams, are caught stagnant in trying to progress to the next phase in their life because of fear that has a tight grasp on them, or are too comfortable to make important changes. The no-adventurer in them takes control, and they are left unhappy, unfilled, and are in a constant hamster wheel of trying to change their circumstance but never are fully able to execute the actions to do so.

If you follow me on Instagram you know that I’ve tried to get my husband to hang up the photo above on our wall since we moved to Nashville months ago. Finally, the other day I demanded it be hung up, so our next door neighbor was called in for help and he put up our favorite photo of our family… Our Adventurer photo.

One of the most treasured trips of my life was a little over two years ago when the 4 of us went to Banff, Canada. We hiked every day, one hike even accidentally took us through 7 miles of steep hills, and spit us out in the most beautiful land full of ink pots I’ve ever seen. It was just the four of us. Surrounded by God, and freedom. I’ll never forget the troopers that our, at the time, 7 and 9 year old kids were. Hiking that far, for that long…. and completely soaking up everything that we were experiencing together. Before the trip I made us all matching pullovers that said, “Adventurer” on the back of them. This became a family theme during the trip, and the months to follow.

On one particular hike during our Canada trip, we once again were walking up the mountain to make it to a tea house in time… Something that we had never experienced before. One of our kids was so excited when we saw it in the distance that she began to run as fast as she could, only to fall flat on her face and start sobbing within seconds. She had to be carried the rest of the way up. We made it to the tea house, got hot chocolate and the best apple fritter I’ve ever had in my life, and we all felt a sense of accomplishment for reaching our destination in time. None of us expected that our hike back down was going to be even harder than on our way up.

The hike back down was exhausting. We were all so tired. It wasn’t just hiking from that day that was leaving our legs sore, but it was one of our last days of the trip so we had many miles behind us up until that point already, and our bodies were starting to feel it.

All of a sudden, my husband stopped and turned around and saw us far behind. He put his shoulders back, and in true Mike LeMieux fashion, did something remarkable. He yelled, “Adventurers, ASSEMBLE!”

We just stared at him. He yelled again, “I said, Adventurers, ASSEMBLE!”

Suddenly, both Zoe and I, although tired, took off running to catch up with the other half of our family. The jolt of energy that encouraged both of us to pick up the pace came from a simple, supportive, and welcoming call from my husband. We found strength in being adventurers together, and we knew that we could finish the hike.

The reminder of the hike down, whenever someone would fall behind, one of us would yell, “Adventurers, assemble!” Usually, it was one of the kids, encouraging the rest of us to catch up so that we could finish, together.

It was a simple experience, but I will never forget it. It was easier for us to take a chance, to finish the hike, when we knew that we had the support of each other. We finished, all at the same time, and is one of my life’s most treasured moments as a family.

Not many things were left behind when our kids were taken this year. I was surprised when the greatest gift the universe could give me was found when we were packing to make our move to Nashville. Bundled in with some of my white clothes, was my son’s Adventurer shirt. Since I can’t find mine anywhere, I’m pretty sure that it’s with him. I like to think that, anyway.

I know that it can be hard, but I’m here tonight to ask you to take a chance. To open up, and take a chance on that thing that you are wanting to receive. Maybe it’s love. Maybe its a new job or leaving a position that’s holding you back. Maybe its learning to believe in yourself, maybe its to take the leap to finally start your own company,  or to forgive someone who has significantly burdened your life. Perhaps the chance you need to take is on yourself.

I’m not here asking you to run out and change the world. But I am asking you to be an adventurer of your life. And maybe that involves changing just some parts of your world so that it can fall together the way that it needs to. Sometimes we grasp onto our lives so tight, that we forget that we can take chances.

What chances are you not taking that are holding you back?

What would change in your life if you sought to take that chance?